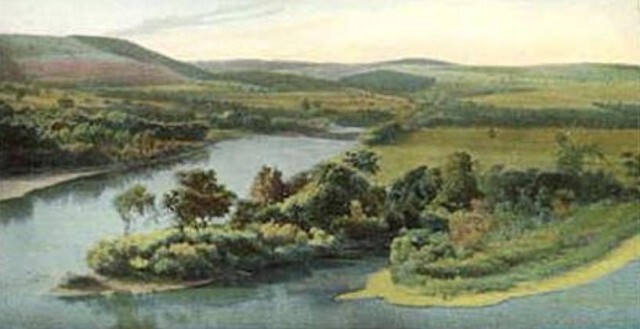 Tioga (Turning) Point The Indian villages of Teoga and its neighbor Queen Esther’s Town (the “Southern Door”), were burned in revenge for Wyoming by the Hartley Expedition (1778). It became the meeting place (1779) of Sullivan & Clinton’s armies and launching pad against Iroquoia.

Note: The pretext and 1/2 of the build-up, march and launch of Sullivan/Clinton all happened in Pennsylvania.

Full Album for A Good Day to Live!

Full Album for A Tale of Three Cities