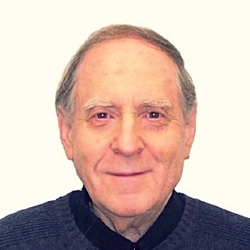 Bob Spiegelman has been a freelance author and film producer, screenwriter, project-developer, multimedia advisor, research director and story consultant on a growing array of film, museum and multimedia projects. He regularly addresses audiences across NY and Pennsylvania and is officially appointed to the highly-regarded Speakers List of the New York Council for the Humanities.

Dr. Spiegelman’s passions are living history and preserving the environment. Over the last decade, he has been researching the watershed Sullivan-Clinton Campaign and parallel indigenous histories in Texas and Ireland. In 2004, he began the web trilogy Then And Now; and developed Fields of Fire, a companion, 11-scene interactive/ animated mapset, now on display at the Resource Centers of the Smithsonian Museum (NMAI) in Washington and Manhattan and the Roberson Museum in Binghamton NY. Spiegelman also designs multimedia installations, such as “The Sullivan-Clinton Campaign, 1779-2004,” which showed at the American Indian Community House in Manhattan in 2005.

His essay on the socio-cultural meanings of Sullivan/Clinton won the 225th Anniversary contest sponsored by the Booth Library-Chemung Valley Historical Society. His essay “In Memoriams: Where Landscapes of Martyrdom Meet Sites of Conscience,” was published in the Mashantucket Pequod Museum’s “Proceedings of the Native Americans in the American Revolution Conference (2008).” Two articles on Irish dispossession appear respectively in the Donegal Annual (2008) and Laois Heritage Journal (2008). And a revised forthcoming book, Fields of Fire: The Sullivan/Clinton Campaign: Then & Now will be published in 2009. Spiegelman has presented at the Smithsonian NMAI (NYC) and Rochester Museum & Science Center. He has advised on “Against Indian Nations,” a permanent Sullivan/Clinton exhibit at Binghamton’s Roberson Museum & Science Center; and curated Spirits Return , an art exhibit in former Iroquois territory in Wilkes-Barre, Pa (2008). Spiegelman regularly addresses teacher workshops, maintains a curriculum guide for educators, and reaches highly-diverse audiences across New York and Pennsylvania and at times in Ireland.

Film and multimedia projects under development include: Shattered Hearths, a multifaceted, multimedia project on 19th century dispossession and its ongoing impact; Taiping, a 19th century drama of the struggle for love and personal integrity during China’s Taiping Rebellion, history’s second bloodiest war; Old Shanghai, a Chinatown-like drama of murder and love, set amidst intrigues that led up to WWII; Due North, a saga of one indigenous woman’s wrenching quest for identity amidst the siren calls of crossover stardom; Shanghai Reverie, a documentary series on legendary old Shanghai; and, lastly, two documentary film projects on the Sullivan-Clinton Campaign and on the Gilded Age.

Other texts in progress include: Staked Plains, a true 19th century history of entitlement and dispossession, recounted through an eminent Victorian couple, whose traces and deeds still reverberate today; Old Shanghai, a novel of the struggle for love during historical upheaval political intrigue; To the Global Station: an analysis of the origins of globalization in the womb and aftermath of World War II; and Scarcity and Abundance, a study of how these twin notions have impacted American culture and social thought.

Dr. Spiegelman is producer-director for Up South, an in-depth look at race relations in the Hudson Valley, currently in development. He was research director and lead interviewer for the 6-part documentary, Muhammad Ali: The Whole Story, segments of which aired on TNT. (On this, he worked with Robert Lipsyte, senior sportswriter of the New York Times and Leon Gast, director of the Oscar-winning When We Were Kings; and interviewed figures like William F. Buckley, Jr., Paul Robeson, Jr. and numerous boxing greats and journalists.) Spiegelman has been a script and media advisor. He has developed epic-scale film projects on China’s 20th century revolution, working with Oscar-winner Ron Bass (Rain Man); and Taiping, based on China’s 19th century Taiping revolution, with Oscar-nominee Zachary Sklar (JFK). He is also a co-producer of two epics-in-progress:The Wounding, a work in-progress on the 18th century Euro-Indian wars in North America and Staked Plains/Shattered Hearths, an 19th century epic saga of love and revenge in the first Gilded Age.

Dr. Spiegelman’s reviews and feature articles have appeared in venues including the Donegal Annual, the Laois Heritage Journal, _International Documentary, the Chemung History Journal, The Guardian (US), and Social Policy magazine, (which sparked commentary in the Columbia Journalism Review). He holds a Ph.D. in Sociology from the City University of New York, an M.A. in Philosophy from the University of Michigan, and a B.A. in Philosophy from Queens College (CUNY).