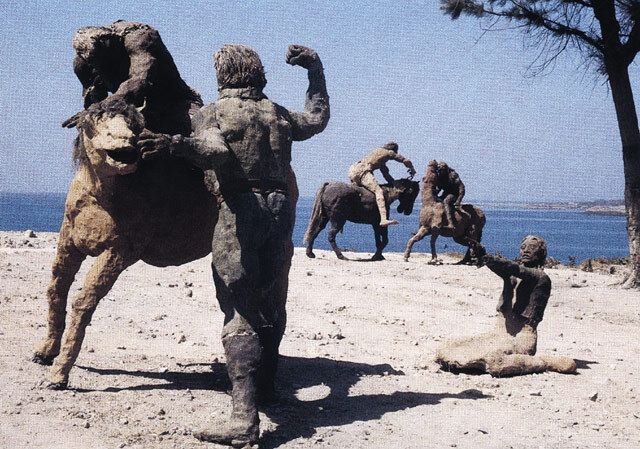 In the courtyard of his house, Ousmane Sow produced The Battle of Little Big Horn, a series of 35 epic pieces. These were first exhibited in Dakar in January of 1999 and later that year in an outdoor Paris exhibition on the Pont des Arts. It featured all of his series of sculptures and was seen by over 3 million visitors. In July-October of 2003, some of these LBH sculptures were shown in New York City at the Whitney Museum, as part of a major exhbition called “The American Effect.”